by Jeffrey Beall, January 3, 2017. Each year at this time I formally announce my updated list of predatory publishers. Because the publisher list is now very large, and because I now publish four, continuously-updated lists, the annual releases do not include the actual lists but instead include statistical and explanatory data about the lists and links to them. Potential, possible, or probable predatory scholarly open-access publishers: This year, 2017, marks the seventh annual release or announcement of this list, which is also continuously updated. The list this year includes 1155 publishers, an increase of 232 over 2016. There are now over one thousand predatory open-access publishers. Potential, possible, or probable predatory scholarly open-access journals: This year, 2017, marks the fifth annual release of this list, which is also continuously updated. The list this year includes 1294 journals, an increase of 412 over 2016. This is the first year that the number of standalone journals is higher than the number of publishers. Misleading metrics and Hijacked journals:  The Misleading metrics list includes companies that “calculate” and publish counterfeit impact factors (or some similar measure) to publishers, metrics the publishers then use in their websites and spam email to trick scholars into thinking their journals have legitimate impact factors. The Hijacked journals list includes journals for which someone has created a counterfeit website, stealing the journal’s identity and soliciting articles submissions using the author-pays model (gold open-access). Here are links to current edition of each list:

Acknowledgement: I am very grateful for all the help, support, suggestions, and advice I have received over the past year. I especially thank those who have forwarded information — such as spam emails — to me, emails providing information about new and questionable journals and publishers, and emails that share the sender’s analysis of the journal or publisher in question. ? 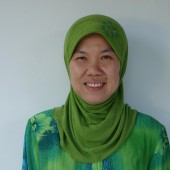